All bookings made with stay dates until the 30th of December 2021
have free cancelation up to 6.00 p.m. the day of arrival!

The story of Hotel Mercier

It al starts with the young feminist Hélène Mercier. One day she walked with famous writer Aletta Jacobs through the neighbourhood Jordaan in Amsterdam. She was surprised by the pitiful living circumstances of the people. People lived very closely to each other and many people suffered from poverty.  She realized that something had to be done. In the same period, the first folk houses were built in London. Living conditions improved of the disadvantaged neighbourhoods. Hélène Mercier wanted to built these homes in Amsterdam as well.

She created the foundation ‘Ons Huis’, (translation: our home) together with tobacco manufacturer Peter Wilhelm Janssen in 1891. The two developers assigned the architect C.B. Posthumus Meyjes to build a big folk home in 1892 in the Rozenstraat in Amsterdam. With the addition of director Jacob Anton Tours, a former priest, the first folk home was opened on the 10th of May in 1892. They fought for year for the development of workers and had the goal to connect different social classes with each other. The building owned a big library and even a small theater. People could follow courses such as gymnastics and music classes. Every small room had their own function. Even scientific and practical courses were taught.

‘Ons Huis’ was a big success. In 1904 the building was renovated by the famous architect Berlage. The building was sold to COC Amsterdam in 1979. This interested group fought for rights for lesbians, gays, bisexual, transgender and intersexual people (simply: LGBTI’s).  This foundation used the building for years until it was sold. For years the building hasn’t been used until Arjen van den Hof, owner of Vondel Hotels, built a beautiful hotel…

Hotel Mercier respects and relives the past. Each room and each corner shows details that show the past. But also COC Amsterdam is honored in the hotel by the straight-friendly concept. Everyone is welcome, young and old, each orientation. Everyone feels at home. Feel free to take a look in the hotel, step in the past and get inspired by the original characteristic elements throughout the hotel.

The history of MAI Amsterdam 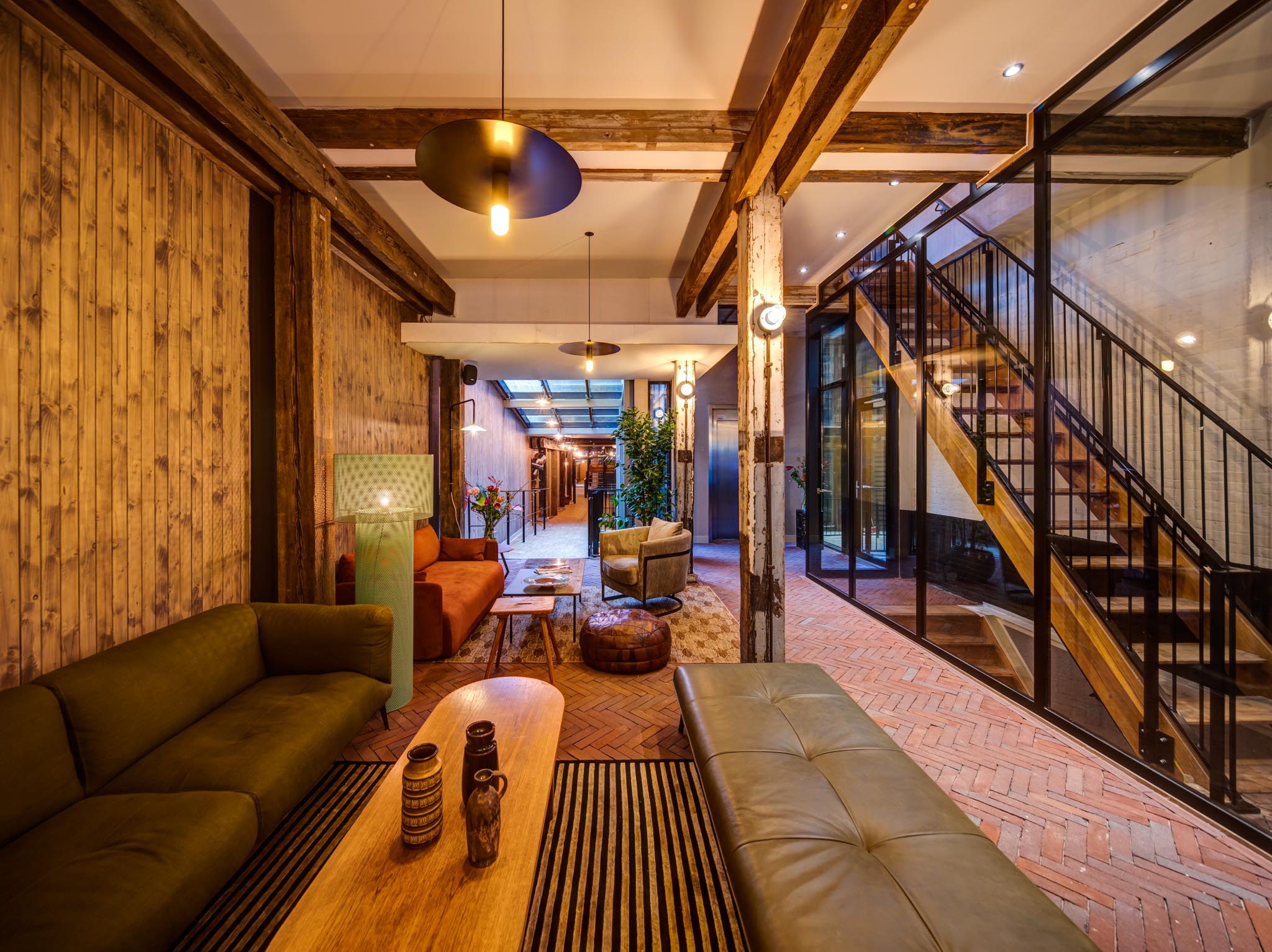 From timber trade to hotel